The industrial structure of the JSC “Uzdonmahsulot” is represented by preparatory, flour and groats, fodder and bakery industries of the Republic of Uzbekistan where around 30 thousand people are employed.

44 enterprises equipped with elevators, mechanized storehouses and shipping devices are involved in bakery industry. JSC “Uzdonmahsulot” has good financial and technical sources for preparation and effective storage of grain and providing conditions for its safety. Nevertheless, perfection of these sources is one of the most important priorities which would guarantee the development of the industry.

Development of grain crop industry is one of the important factors providing grain independence of the Republic of Uzbekistan. In 1996, it was decided to organize seed corn industry for the grain cultures in Andijan region. There are 47 seed cleaning shops equipped with the modern equipment “Petcus”. Over 300 thousand tons of seed of ear cultures grown by seed corn enterprises are annually processes by these shops.

Flour manufacture holds the leading position in JSC “Uzdonmahsulot” company’s production process. This process takes up to 70% of total production value. 48 mills and groats shops are working for the flour and groats industry.

Assortment of flour industry consists of 9 items of primary and secondary products, which includes: finest flour, flour of 1st and 2nd sorts, rye flour, corn flour, macaroni flour and “Uzbekistanskaya” flour, bran and fodder. Over 90% of the mills have convenient technological scheme and are capable of manufacturing all sorts of flour.

Bread and bakery industries make up to 15% of the production volume of the grain industry. Bread, macaroni and pastry industries are represented by 17 enterprises, located in different regions of the Republic, and the “Tashkent non” association with its branches (which include 50 enterprises of large, medium and small capacity”.

Grain industry takes and important role in industrial development of Uzbekistan. This is confirmed by the following data. When compared to 1991, share of flour, groats and fodder industries in the modern structure of industrial production of the Republic has changed significantly: in 2003 it was 3.4% (against 4.5% in 1991), and when compared to the volume of food industry it was 21.5% (against 23.4 in 1991). During 1991-2003 the specific weight of the volume of additional price for flour, groats and fodder industries was equal to 5-8% when compared to that one produced by different industrial branches of the Republic.

Various aspects of economical activity of enterprises are financially evaluated according to the system of indexes where paper profit and real profit are considered to be the main indexes. These indexes, which characterize the activity of the JSC “Uzdonmahsulot”, testify the tendency of its financial prosperity.

In 2004 the value of paper profit was significantly increased and its growth rate was 256.6% when compared to the one in 2003. Real profit value, used by the enterprises, was increased even more and was equal to 302.8%. Profit rate of the real profit was also increased and was equal to 2.6% of total amount of funds raised after all production was sold and 3% of the basic cost (against 1.4% and 1.6% in 2003).

The JSC “Uzdonmahsulot” was formed according to the Resolution of the Cabinet of Ministers of the Republic of Uzbekistan #376. The JSC “Uzdonmahsulot” now consists of various JSCs that correspond to modern market economy, this includes 44 enterprises (41 of them are JSCs and 3 of them are Ltd. Companies). Distribution of share holding at the enterprises of the JSC “Uzdonmahsulot” conforms to the Conception of Management of State Property in the Republic of Uzbekistan, which guarantees that all shares of companies that have strategic value for the economy of the country should belong to the government. This is done in order to solve social-economical and other issues which may be realized though participation in basic funds. During restructuring of grain industry the following principles of the Conception were followed:

The standard-legal foundation developed to manage shares positively affects the activity of the bread-production industry in conditions where JSCs are restructured after privatization. And this influence will be increased in the future as the foundation will be perfected to create an effective system of interaction between the governmental offices and enterprises. 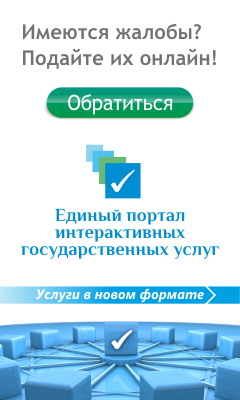